So You Wanna Be Jacked? Maybe You Should Get Strong First 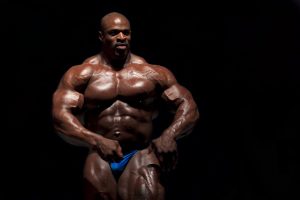 One fine morning, you wake up and realised that you’re tired of being skinny(or fat). You’ve had enough. You tell yourself “I don’t wanna be skinny (or fat) anymore.” You come across ads plastered with muscular guys, and it hits you in the gut. You decide, “I wanna be like them.” You want to put on some real muscles. You want to be jacked. So you go on good ol’ Google in search of the magical bodybuilding program that will get you there.

You start a bodybuilding training program to get jacked

When it comes to building muscle, you’re a newbie. You have no idea what works and what doesn’t. But hey, all the folks in these programs look really jacked. They must know what they’re talking about, right?

– Exercises are done for higher reps: typically ranging between 8-15 reps.

– 4-6 training days per week, with days generally split into muscle groups (e.g. chest on Monday, back on Tuesday, etc.)

So far so good. It looks legit, so you try out their program.

Your bodybuilding workout results in some muscle growth…

The day after the first session, you get crazy sore. So sore that even raising your arms to wash your hair is an event. But you perceive it as a good sign. You think to yourself, “It’s working. Soreness means I’m making progress. Keep going!” As the week goes by, different body parts get sore, depending on which muscle group you trained a day or two before.

Week 2. You go into it hoping you won’t get too sore. Well, you’ll still get pretty damn sore, but maybe a smidge less than the first week. And as the weeks go by, your body adapts to the training stress. The overall soreness drops.

At this point, there are undeniable signs of progress. Your chest or arms get a little bigger. You see the beginnings of muscle definition.

“Awesome, I’m making progress!” you think to yourself. And indeed, you are.

…Until your progress stalls. And you’re nowhere near jacked

Fast forward a few months. Think you’ll be all jacked?

Unfortunately, the likelihood of that happening is close to nought. What will happen is that after a couple of months of initial gains, your progress will stall out. You’ll stop progressing and gaining muscle.

But how can that be? You were making good progress, so why did it just stop? You were following a program written by a famous jacked dude, so why didn’t it work?

You’re not alone. I’ve made the same training mistake

I was in your exact same shoes some 16 years ago, way before I founded Hygieia.

Not knowing where to start on my quest for jackedness, I turned to the only obvious resource of that era – bodybuilding magazines.

It was the early 2000s, and guys at the top of their game – Ronnie Coleman, Jay Cutler, Kevin Levrone, Flex Wheeler and the like – were plastered all over these magazines. If you flipped inside, amongst the supplement and gym gear ads, you’d find bodybuilding training programs.

“Damn”, I remember thinking, “If these are the training programs that these guys are on, I’m going to do it to start looking like them.”

But no matter what program I followed, I wasn’t jacked. Not even remotely close.

Back then, I was perplexed at my stalled progress. Now, looking back, older and a tiny bit wiser, it’s clear why the gains stopped coming.

Effective training programs must be specific to individuals

Your training program must be specific to your training advancement. The programs in bodybuilding magazines were generally written by and for experienced bodybuilders, i.e. those with years of training under their belt and with a decent strength base (more on this later).

If you’re just starting out, following a pro bodybuilder’s program won’t work for you.

Yes, you can make some progress at first. All programs work (if the training stress is more than your current adaptation, but not so much that it overwhelms you), but only for a while.

To ensure continued progress, the program needs to be constantly adjusted throughout your entire lifting career. This won’t happen if you’re following a fixed template.

Like top athletes, pro bodybuilders are born, not made. Genetics plays a very big part – these folks at the top of the game have muscle bellies and muscle insertions that are conducive for bodybuilding. I hate to break it to you, but you’re statistically unlikely to have the ideal genetics to even come close to looking to a pro bodybuilder. Aside from genes, they also train very, very hard, eat right and get sufficient rest to get to where they are and most people are not willing to do it.

Your lifestyle and choices matter, a lot

To gain muscle like a pro bodybuilder, training is just one aspect. It’s the most talked about, because it’s exciting and tangible.

What isn’t talked about is the sacrifices that these bodybuilders make. To be the way they are, they need to consciously and constantly choose a lifestyle that supports their training goals. Things that the average person might perceive as being a bit too extreme e.g. prepping food to eat while socialising with friends at a restaurant instead of ordering food from said restaurant etc. Their disciplined daily routines, or their strict nutrition or rest requirements are not talked about as much as their training programs (unless they’re trying to sell nutrition or sleep supplements).

And of course, there’s the big elephant in the room –the drugs that a large number of these guys are most probably on are rarely being discussed.

As a normal person who’s new to bodybuilding, none of these will even be on your radar. This was me when I was just starting out – I naively thought that if I trained like the pros, I’ll get jacked.

If I recall correctly (please correct me if I’m wrong), Jay Cutler once said that the first time he walked into a gym, he bench pressed 140kgs (clearly, superior genetics at play). Arnold Schwarzenegger started off his career as a pretty decent powerlifter. Ronnie Coleman was also pretty damn strong and known to handle real heavy weights during his career as a pro bodybuilder.

Now, you might think that training for strength doesn’t achieve bodybuilding goals. Mention a strong guy and the mainstream idea of someone that’s strong is usually someone who’s big and fat, not muscular and lean. (Actually, body fat isn’t a function of training, but of food intake. But I digress.)

The thing is, strength and being jacked/bodybuilding are intertwined. Being strong is a pre-requisite in your quest for jackness – I don’t know of a jacked person that didn’t have a decent amount of strength.

You can’t get jacked if you’re not strong

Here’s why strength is important for bodybuilding. Time under tension –  the amount of time that a muscle or group or muscles are under tension/contraction – is important for muscle building. If the time under tension remains constant, the heavier load lifted is going to build more muscle. If you’re not strong, you can’t lift a whole bunch of weight. Light weights lifted, even with the optimal period of tension, doesn’t build as much muscle as heavier weights lifted with the same period of tension.

Chances are, you’re not a genetic freak (the vast majority of us aren’t because they’re rare). So if you’re the average sedentary untrained person, you’re probably not very strong.

But what if you’re stronger? What if you could increase your bench from 40kgs to 100kgs? Now, how much will you be able to bench for a set of 8-12 reps? Definitely a whole lot more!

That’s why even doing a pure strength program can get you jacked – just look at pro powerlifters. Granted, they’re not quite as jacked as bodybuilders, but for people who focus purely on strength, some of them are pretty damn jacked.

Yes, I know you want to get jacked, and strength really isn’t your priority.

But the two are so intertwined that not getting your strength up is pretty much leaving gains on the table.

If you want to build muscle and get jacked, first get strong. And nothing builds strength like the compound lifts (squats, bench press, deadlift, overhead press) done with barbells organised in a program with progressive overload.

So even if bodybuilding is your goal, you still need to be strong. Once you’ve achieved a baseline level of strength, gradually pivot to a bodybuilding or powerbuilding program while still maintaining elements of strength training… and then it might get you to your desired jackness.