The Barbell, The Teacher (Part 2) – Becoming a Better Version of Yourself 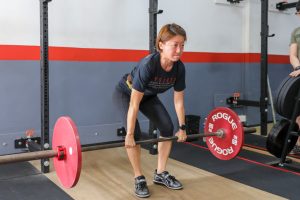 The apparently simple process of barbell training will teach you life lessons that are useful both inside and outside the gym.

In Part 1 of this article series, we learnt the lesson of Patience — how you should use it to train consistently and get strong gradually, instead of looking for unrealistic shortcuts.

Now in Part 2, we’ll look at the lesson of Hard Work, and how it helps you become a better version of yourself.

Hard work is the discipline and willingness to do difficult things.

People almost always want the easy way out. They want a short cut. They want a magic pill that immediately solves their problems. But life, like training, doesn’t work that way.

But if you’re willing to put in the work, it’ll definitely pay off in the long run.

Doing difficult things refines you as a person

If you’ve been training consistently over a period of time, the workouts will get progressively harder as the weights gets heavier. Eventually, you’ll encounter a set which you have to fight hard to complete.

It’s your last set of squats. You take the bar out of the rack and it feels really heavy on your back – heavier than it felt on the first two sets. You do your first rep ­– hard but manageable. As the set progresses, the rep gets tougher and tougher. Just before your left rep, you pause momentarily to catch your breath. Thoughts start running through your head – “Oh man, this is getting really hard. I’m not sure if I can stand back up if I go for this last rep. Should I do it or just put the bar back?” But you’re not a quitter – you shut out these negative thoughts, took a big breath, braced hard and went for your last rep.

As you attempted to stand up back, you feel every kilogram on the bar pressing back down on you. Every fibre in your body is screaming at you to stop. But you bite down. You don’t take the easy way out, which is to drop it. Instead, you keep fighting.

After what felt like an eternity, you finished the rep. You put the bar back onto the rack and heaved a sigh of relief. After you regained your composure, you smiled from ear to ear, proud of your accomplishment. Congratulations, you fought hard for something and got it. But you’ve also achieved something greater. That moment of choice, when you decided to persist instead of drop, has taught you to fight through difficulty.

There’ll be days where you won’t feel like training. Maybe you’re exhausted from a long day at work packed back to back with meetings, or you’re feeling sluggish because you didn’t sleep well the night before. Training is the last thing you want to do. But somehow, you ignore that resistance and still managed to haul your ass to the gym and train.

These actions have an effect on bigger things in life.

In the short term, you learn to do things that might not be the easier choice. You learn to push through hard reps when every fibre of your being is telling you to set the bar back down. A very hard rep may take just a few seconds to grind out, but it also sets in motion the mindset to push through and give it your all, even when it’s hard. If you can fight through a hard rep even though you want to give up, you’re unknowingly instilling an instinctive drive for facing difficulty, and overcoming it no matter what.

In the longer term, you learn to stick to things even though sometimes you don’t want to, because you know why you’re doing it for and what you’re working towards. Like getting to the gym to train when relaxing on your sofa watching Netflix with a glass of whisky sounds extremely tempting.

If you’ve trained up the instinct for hard work in yourself, it will refine you as a person. In life, there’ll be things you don’t want to do. But, unlike the average person, you’ll choose to do them, because you know it’s the “right” thing to do and that doing it will be good for you in the long game.

So when life gets hard (and life will get hard), you’ll be better prepared than everyone else, because it’ll be your natural instinct to work through the difficulty, and you won’t stop until the task is done.

Successful people are willing to put in the work

I’ve been coaching for a little over a decade and during this time, had the privilege of working with hundreds of people. While working with these clients, despite differences in age, training experience or athletic ability, there was one trait I noticed in people that are successful in their professional lives. This group of people are almost always sewed up the same way – just pay attention to how they do things.

This group of people know what they want and the work that needs to be done to get there, no matter challenging it may be. They show up consistently, even though they’re exhausted from a long day of work and suboptimal sleep the night before from late calls. They put in the work and push against heavy weights, even though it’s uncomfortable.

I have a client that had to travel extensively for work (before COVID put a stop to that). He spends more than half of his time out of the country on business trips. Inconsistent training with everchanging time zones – not optimal for training. But he knows that training is important because he has physically experienced the benefits of being stronger.

Instead of making excuses, he works around it by scheduling as many training sessions as possible when he’s in Singapore. If training just before heading to the airport or coming straight to the gym from the airport after a red eye flight meant that he could get a session in, that’s what he’d do.

The mindset and ability to do difficult things

If you’ve used to the concept of doing difficult things, then your mind is better ready to tackle very hard problems that most people won’t touch.

The thing is, anything worth having will take hard work to acquire. This applies to all aspects of life, from running a successful business, to mastering a skill, to building personal wealth or achieving a significant personal goal.

If it were easy, then everyone would get what they want. But one big difference between people who merely dream, and those who actually take the difficult actions required to fulfill their dreams, is consistent hard work.

By putting in the work, by training yourself to overcome challenges, by building up the instinctive drive to persist in the face of difficulty, you’ll become a person for whom success isn’t just a dream. Instead, it’ll be a tangible, achievable and realistic possibility.

In Part 3, we’ll look at the third lesson to learn: Practice — the understanding that commitment is necessary for excellence. How does this improve your training sessions, and how does it carry over to everyday life? Find out in the next article.