Your Complete Guide to Lifting Belts 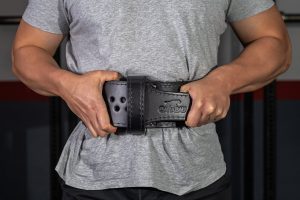 We usually hear a range of reactions from lifters, from “Nah, I’ll wait till I’m able to lift X kg before I start using a belt!” to “I see guys who wear a belt for their entire gym session, so do I need one too?”

Belts are important if you’re serious about lifting. Here’s a guide to why you might need one, and what to look out for.

Lifting belts don’t make you stronger, nor protect you from injuries

Misconception 1: “They’re a crutch, you shouldn’t use them because it’s cheating and they make your core weak.”

It’s a common assumption that belts provide external support to help you lift heavier weights, i.e. weights you wouldn’t be able to lift using your raw strength alone. If you’re a macho weightlifter, you’re cheating if you use a belt!

Actually, belts don’t suddenly make you stronger. They don’t magically allow you to lift more weight. In fact, when you use a belt, your abdominal muscles contract even harder.

Misconception 2: “A belt is like a back brace – it protects your lower back and prevents injuries.”

If you have bad form or programming (whether you’re wearing a belt or not), injuries are likely to happen. While belts can help, it’s not the belt itself that provides a bracing action.

So what do lifting belts actually do?

Isometric contraction occurs when your muscles are contracted without changing their length. When the abdominal musculature and muscles around the spine (the rectus abdominus, erector spinae, obliques, etc) contract isometrically, they brace the skeletal components that they’re attached to. Wearing a belt increases this ability to contract, by giving your muscles something to contract against.

Normally, your torso is soft and flexible, allowing you to bend and twist. But when you’re squatting or deadlifting heavy weights, a soft torso would collapse. It’s not efficient.

What you want is a rigid torso, like a tree trunk, that can transfer the force generated into the movement of your barbell. If done correctly, the pressure and tightness of a rigid torso will allow you to lift weight efficiently.

To get this rigid torso, you need to brace your trunk. This means that you take a big breath in, and hold it while contracting your abdominal musculature ­– this action is called the Valsalva maneuver. Actually, bracing is an instinctive action that your body already does whenever you strain to lift something heavy, whether or not you’re aware of it.

But with a belt, your torso has something extra to push against. It cues you to squeeze and tighten your muscles even more than you would without one.

So a belt doesn’t directly support your torso. But it provides feedback, giving your abdominal musculature something to contract against and make itself as rigid as possible.

In other words, stronger muscle contraction, combined with an increase in pressure, results in a more rigid torso. And a rigid torso means that the force you generate is efficiently transferred to the barbell.

Important: you must first know how to set your back in extension

So when you should start using a belt?

Bracing your trunk is doing the Valsalva maneuver. To reiterate, it’s taking a big breath, hold it and squeeze your abs like someone’s about to punch you in the belly. Your torso is rigid.

So lifting belts aren’t for absolute beginners. If you’re unsure, check in with us on whether you’re ready or not.

When should you use weightlifting belts?

If you’re able to set your back and brace your trunk, you should consider using a belt when the load gets “heavy” – generally, this is when you’re a few months into training and you’ve passed the novice phase of your training. Now, heavy is arbitrary – there’s no hard and fast rule (e.g. X times your bodyweight, or Y kg) before you start using a belt.

In general, use a belt when you’re performing lifts where the load is transferred through your trunk (e.g. squat, press, deadlift). Some people like to wear a belt during the bench press; I personally don’t find it useful, but do try it and see if it works for you. Start using your belt on your last (or maybe second last) warm up set and all your working sets.

Note that if you’ve got known back issues or injuries, it might be prudent to start using a belt sooner rather than later.

4 things to look out for when buying a lifting belt

So what kind of weightlifting belt should you get?

At most general sports stores, you’ll only find a flimsy, thin belt that consists of a padded strap around your back, and is probably made of nylon or polyester. These are usually marketed as “lumbar support”, but they’re useless for bracing your core. Avoid them.

Instead, look for belts that actually work when you lift heavy weights. These belts have the following properties:

Uniform width across the entire belt

Some generic belts are wider at the back and tapered at the front, because they’re supposed to ‘support’ your spine. Now that you know how lifting belts actually work, you know that the belt doesn’t ‘support’ your spine. Having the belt tapered will at the front means it’s less effective at providing you feedback to brace again and also non-uniform tension around your trunk. Don’t get these.

What you want is a belt with a uniform width. Ideally, you want as big a belt width as possible (while still fitting you), because thicker belts give you more area to brace against. If you can, go for a belt with 4” width. However, you might need a thinner belt (3”) if you have a short torso or a smaller frame. If even a 3” width is too thick for you, some manufacturers make belts that are 2.5” thick. 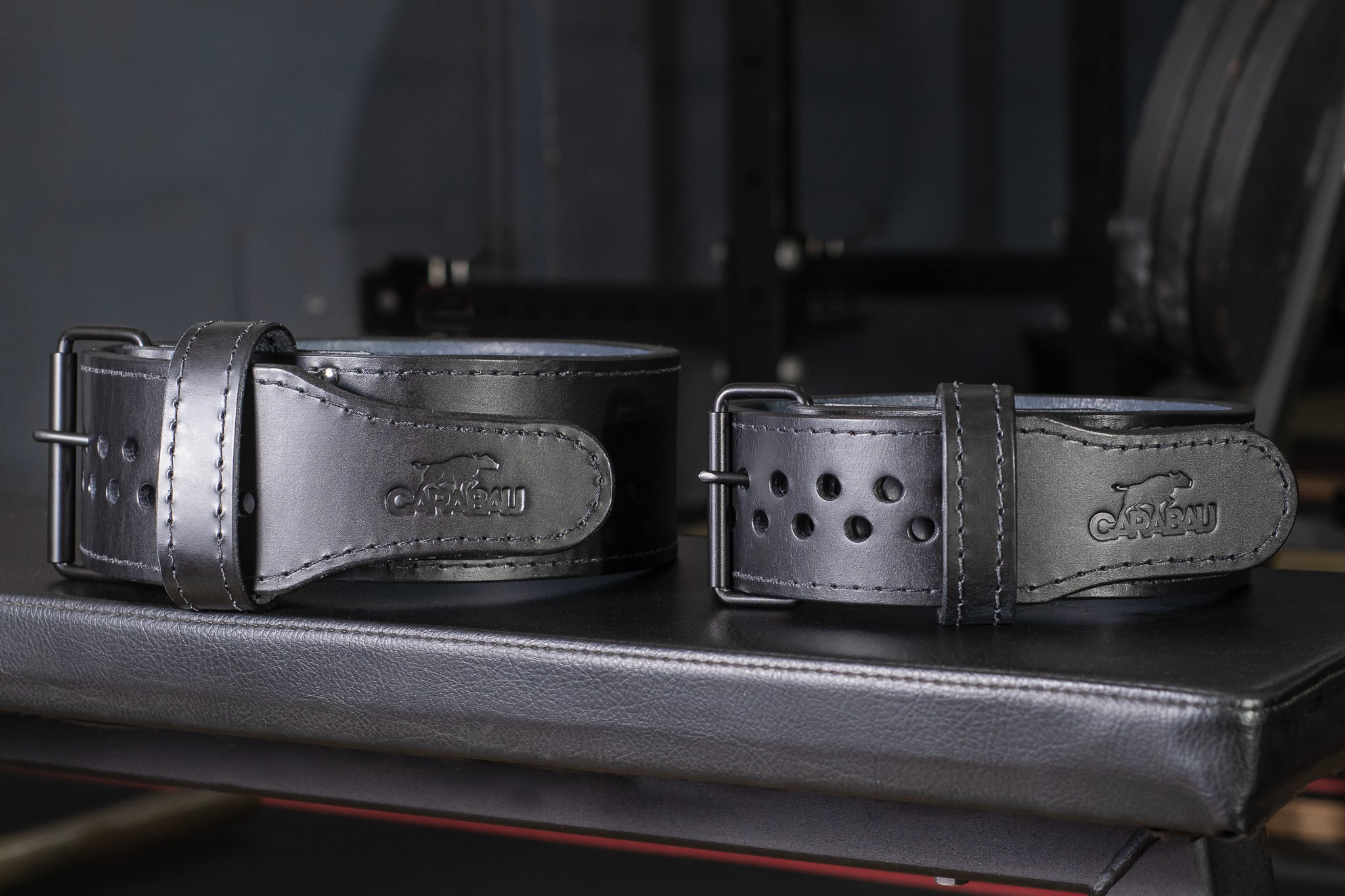 A good belt has to be thick enough to be rigid, in order to provide feedback for your abdominal musculature to push against. For most people, the ideal thickness is around 10 mm.

There are thinner belts (usually single ply, around 6.5 mm), but they’re too soft, in my opinion, and doesn’t give that much support.

Belts come in a maximum thickness of 13mm, but they might be a bit too stiff and rigid. However, if you’re a larger lifter, you might prefer the additional stiffness and support. 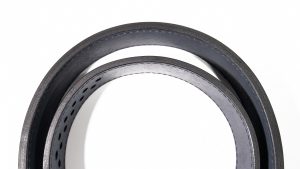 You can get either prong or lever belts, but please, avoid Velcro at all costs. When you are at the bottom of a heavy squat and bracing hard, a Velcro belt might just rip apart under the pressure. Not good. Also, they don’t last. It’s not a coincidence that most cheap belts use Velcro fastenings.

For prong belts, you have the choice of the single or double prong. I’d advise against double prongs, because they’re hard to put on (trying to insert or remove one prong at a time when you’re knackered is a pain in the ass). Also, they don’t appear to provide any benefit over the single prong. 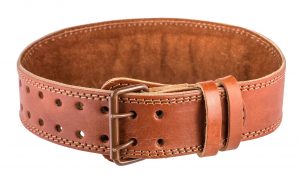 Lever belts are easy to put on and remove. But they’re more work when you need to change belt sizes on the fly (you must unscrew the lever, move it to the next hole, then screw it back on again). Still, some brands have found a workaround. 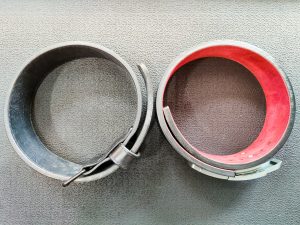 Comparison of the belt tail of a prong and lever belt

Another issue with lever belts is that they tend to be a bit bulkier, so the buckle can sometimes press into your thighs when you’re setting up for a deadlift. Also, the belt’s tail goes under the buckle in a lever belt (as opposed to above in a prong belt), which may cause pinching and discomfort for some lifters. A prong belt will work well for most lifters, though lever belts work just fine if you like them.

Choose only leather (not nylon)

There’s no way around this: good quality belts are made of leather. Avoid everything else.

Why leather? It’s durable, strong, and will last you a lifetime. Many belts on the market are made from nylon, because it’s cheaper. Nylon is not rigid enough to provide you support and it doesn’t hold up in the long run. 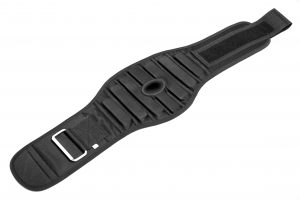 Tapered, made of nylon with Velcro fastening. Avoid it like the plague!

You do get what you pay for, and good things don’t come cheap. So if you’re serious about lifting, invest in a quality leather belt.

Where to buy a weightlifting belt in Singapore (and Asia)?

There are a lot of crappy belts out there. Especially in Asia, it can get pretty hard to find high-quality lifting gear that’s well made and durable.

You’d have to buy your lifting gear online, from speciality retailers in the USA or Europe. However, the main issue is the long lead time – some don’t ship directly to Singapore, so we’d have to find a middleman like a shipping forwarder. These orders can take as long as 6 weeks to arrive. And good luck if you got the wrong size!

Because of the high demand for quality belts, we decided to start our own line of gear, Carabau Strength Equipment. Currently, we provide belts and straps, with more products coming soon. And every item you see has been personally tested by us. We only sell something if we’re satisfied with its functionality, quality, and durability.

If you’re in Singapore, come in and try on our belts for size. We ship domestically, as well as internationally throughout Asia. Contact Carabau Strength Equipment for more information.